Where to buy it ? 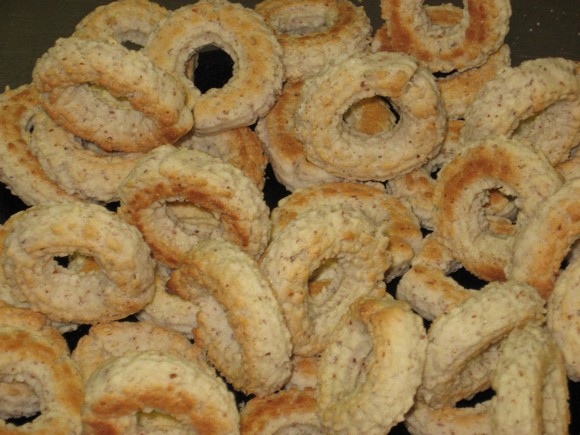 The Macaroons of Cormery are made of almond powder, icing sugar, sugar and egg whites. The mixture of these ingredients is placed on a baking sheet in the oven and cooked twice to make them golden and crisp. Their appearance has nothing to do with traditional French macaroons—they have a rounded shape with a hole in the centre. Legend has it that this hole resembles the navel of the Cormery Abbey monk who created the pastry.

The legend goes like this: "A certain Brother John had developed a divine recipe for macaroons that became quite popular. One day, while working next to his ovens, an errant spark set fire to his robe, making a hole that exposed his belly. At the stroke of 6:00, his superior Father Seraphim hurried to the shop and, looking through the keyhole, saw Brother John who turned just at that moment, filling the keyhole with a view of his navel. Thus came the idea to make a hole at the centre of each biscuit, to give them a novel feature!"